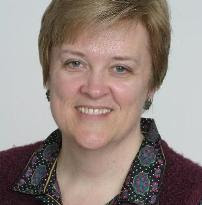 The following is Part 2 of Dr. Mabry's interview with Susan King, Assistant Editor of The Upper Room.

RM: I know that after acceptance it takes a year or more for a submission to be printed in The Upper Room. Why is that?

SK: Actually, it’s NOT because we sit around every day eating bon-bons! No, seriously, it’s because we have to send the completed manuscript to the editors and translators worldwide nearly a year in advance. Some of these translators are volunteers and have to translate the manuscripts after putting in a full day’s work. Also, some of the magazines are distributed in war-torn countries that may not receive regular mail delivery so we need to send the materials to them as early as possible.

Since all the readings of submissions, further reviews of submissions, multiple editing of final candidates, and preparation of the content of each issue has to be done before the issue is sent to all the editors and translators around the world, the customary elapsed time between submission and publication is nearly two years.

RM: At one time, I noted that each issue has an overlying theme. Do you encourage writers to prepare a piece that ties into the theme of a particular forthcoming issue, or do you get a wide enough variety of submissions that you can find what you need?

SK: Actually, we used themes for only a brief period and are now back to not using themes. However, we do note the Christian holy days (including ones like Pentecost, Transfiguration Sunday) if we have meditations on those subjects and always make sure that we have meditations for all the major Christian holiday themes. As a result, we come up short on devotionals about Christmas/ Advent) and Easter/Lent. Meditations on these themes should be sent in during their respective seasons (for publication during the same time period nearly two years later).

RM: When putting together an issue, do you make any attempt to present meditations from authors who live in different regions? Does gender influence you?

SK: Actually, every few years our Editorial Director, Mary Lou Redding and another staff member conduct writers’ conferences in various countries in Europe, Asia, and Australia in an attempt to generate good meditations from international writers. Also, our editors worldwide are constantly recruiting writers from within their own countries. We go to great lengths to feature no fewer than 16 meditations from international writers in every issue.

Also, as we accept invitations from writers’ conferences in the U.S., we try to choose those located in a variety of regions in our own country to train writers—and receive good meditations—from those regions.

Finally, we would like for each issue to represent a balance of male and female writers. However, since we receive submissions from women three-to-one over submissions from men, this is not always possible. Consequently, we are often desperate for great meditations from male writers (and sometimes even have to “borrow from the future,” which means that a meditation written by a male writer may be published in a shorter time span than two years).

RM: Acceptance isn’t always straightforward. Some meditations are “held.” Others get scheduled, then “deferred.” Can you explain that?

SK: How about an explanation of the entire process?

Our Associate Editor reads all incoming submissions received within a two month period (J-F, M-A, M-J, J-A, S-O, and N-D) and “holds” around 120 to be considered for publication in the issue for that same two-month period two years from that time. After a writer submits, he/she will hear back from us within 6-8 weeks, but only if: 1) we are holding one or more of that writer’s submissions for further consideration or 2) we are not holding any submission but the writer included a self-addressed, stamped envelope or postcard with each submission.

Then, as I say in writers conferences, “No news is good news” for about 9 months because if a writer hears back within that time, it means that he/she hasn’t made it through the next gate—our Editorial Director, who narrows down the selection to 75-80 devotionals/meditations.

Finally, right about a year after the meditations were first submitted, the remaining 75-80 are edited and then copied and distributed to our staff and the senior editors of all our other magazines as well as some staff members from our other ministries, such as the Walk to Emmaus. Over the next two weeks, these staff members read all the meditations so that we can discuss them when we meet together later that month. During the next week of near-daily copy sessions, we decide which meditations will be selected for an issue of The Upper Room. If all make it, then any left over from the paging process for that issue (of 59-62 days, depending on the issue), will go into the deferred file. If we end up with too few meditations, then we pull out meditations that have previously been placed in the deferred file.

RM: What final advice do you have for my readers who are considering submitting to The Upper Room magazine?

SK: First, make sure that you have received training in the skill of writing. This may include: 1) You were an English major in college and remember your instruction in writing well or 2) You have taken a refresher course in English from a community college or other institution or 3) You have taken such a class at a writers’ conference.

*We are open to teaching/training at such events sponsored by a church or Christian writers guild or critique group. For more information, contact me at sking@upperroom.org.

Susan, thanks for taking the time to give us this detailed look at The Upper Room. I hope that my readers will accept the challenge and begin submitting meditations to you. It would thrill me to read one of them in the future and know that this interview was the stimulus for its birth.
Posted by Richard L. Mabry, MD at 1:00 AM
Posted by Sue Tornai at 3:40 PM

Thank you Susan and Dr. Mabry for permission to post this inteview on this blog. Writers have been blessed and inspired.

Sue, I'm pleased that you've chosen to republish this interview. Hope it yields some great submissions to The Upper Room.

Me too, Dr. Mabry. That would be awesome!